Their craftsmanship specializes in fine weaved basketry. Plates, bowls, baskets, and accessories are fabricated by the artisans using a combined technique of knitting  and sewing of the Werregue palm leaves. To create the different patterns and designs they use their own symbols to translate their traditional heritage. 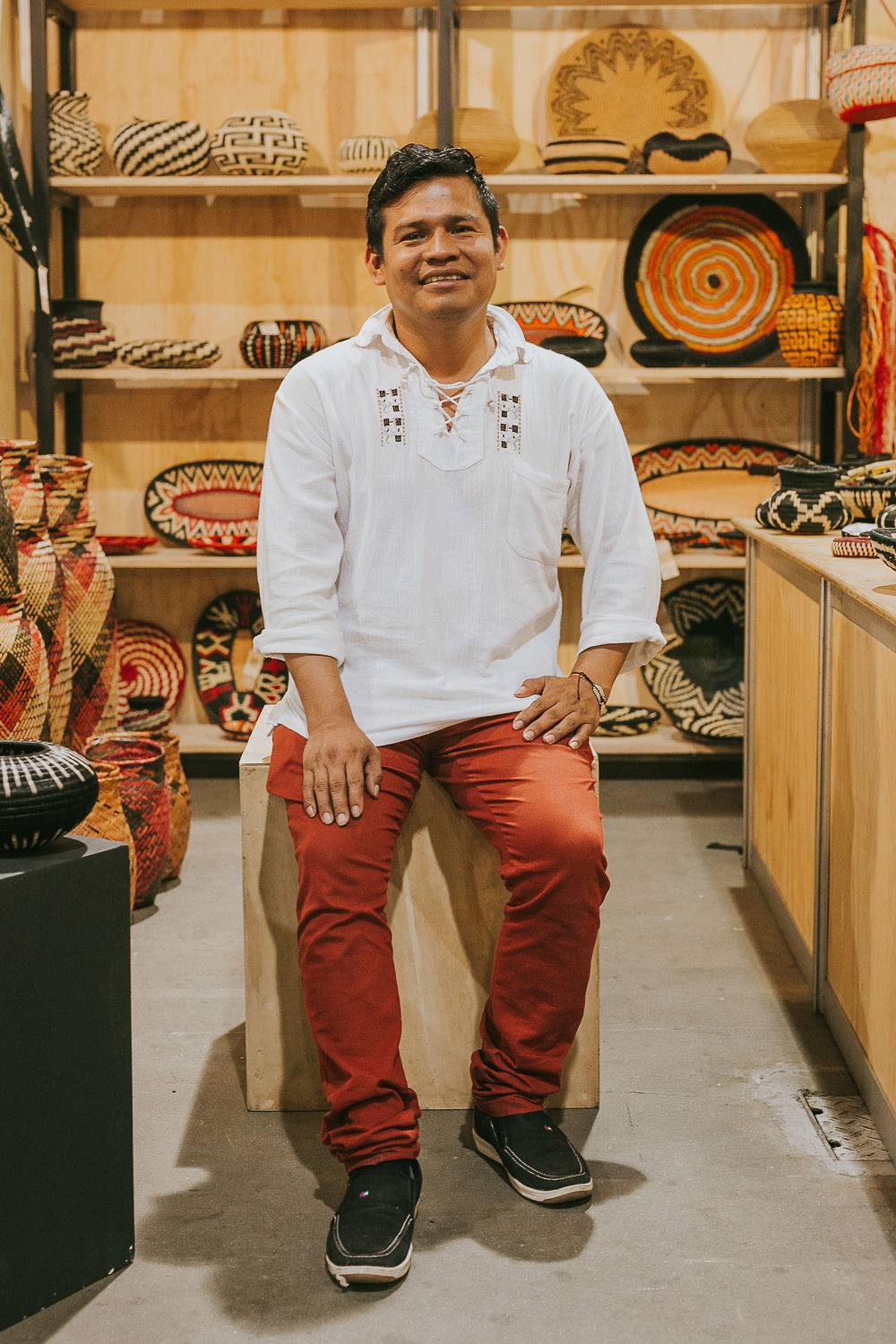 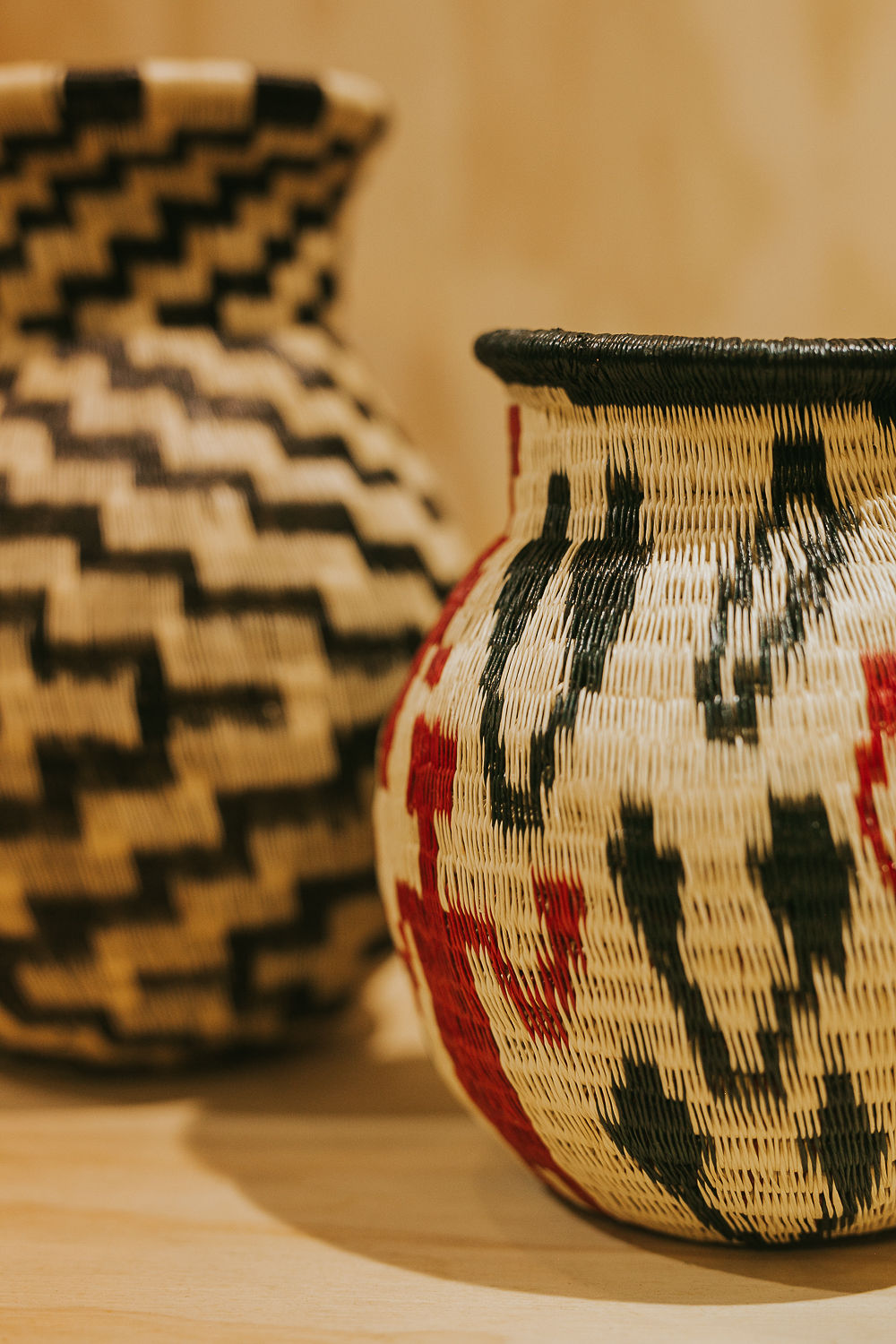 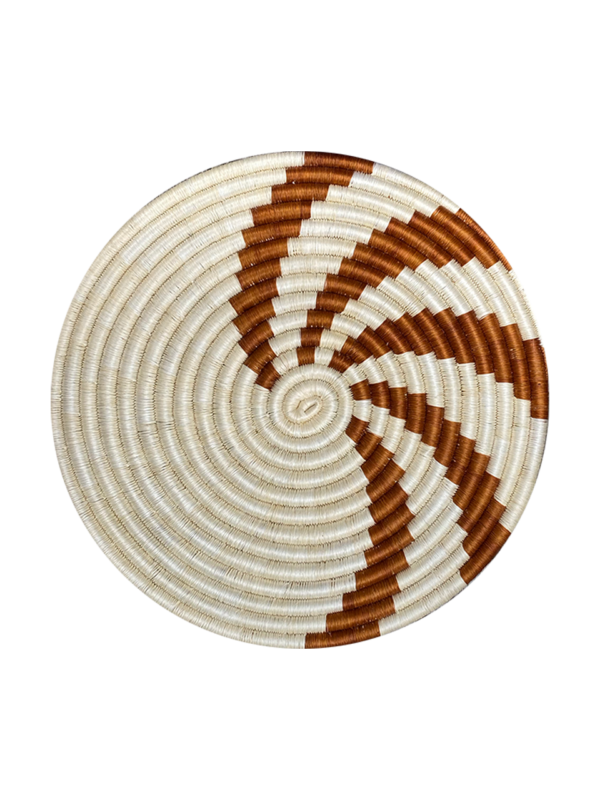 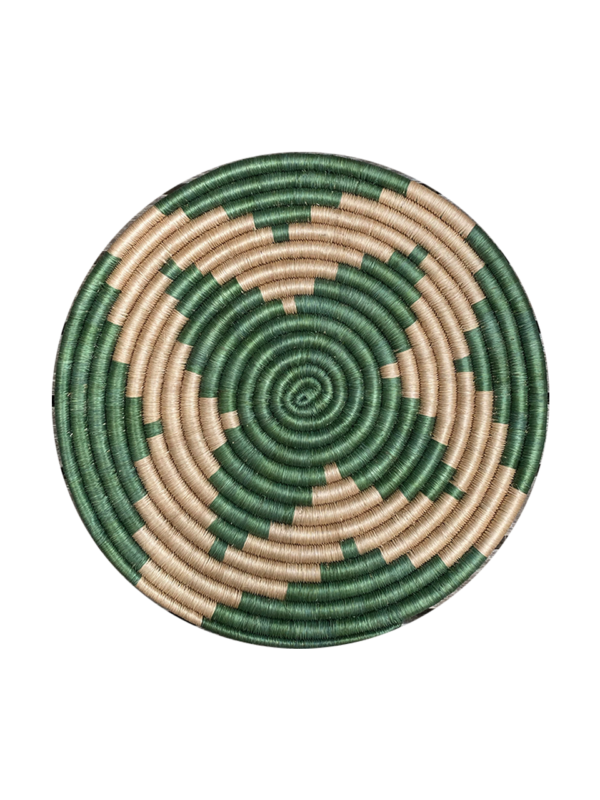 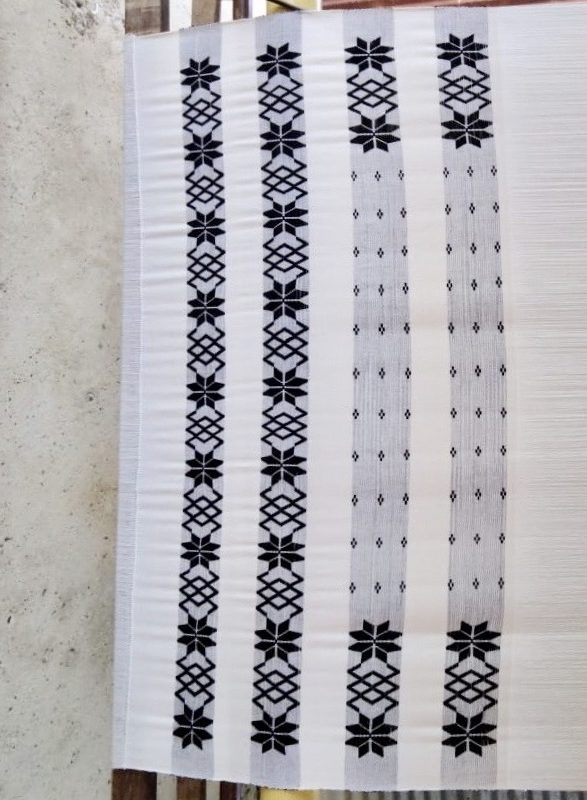 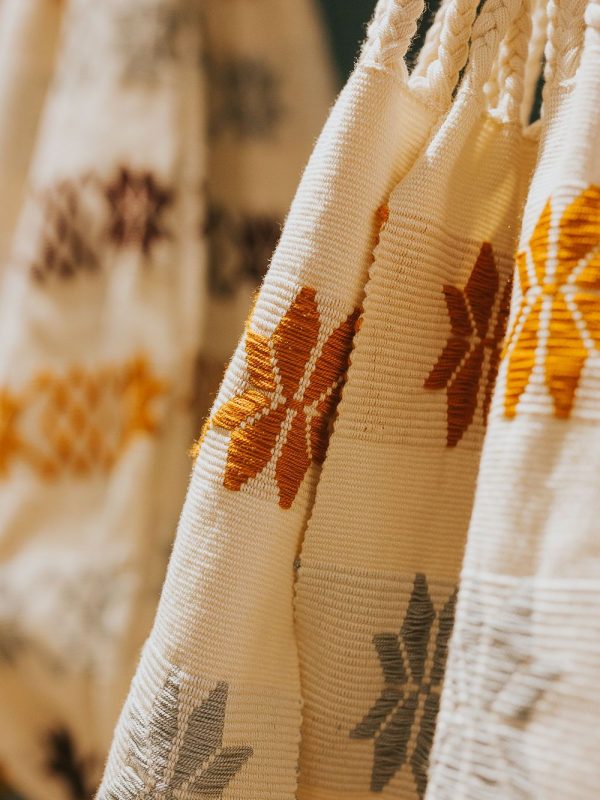 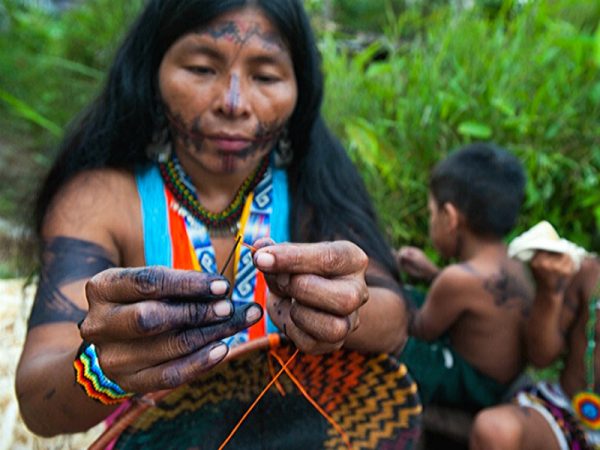 In the dense jungle of the Chocó region live the Wounaan indigenous people, famous in the handicrafts world because of their fine woven baskets. They use the fibers of the Astrocaryum standleyanum palm tree, more commonly known as “Werregue”, to make what is considered the finest basketry in the country. 800 artisan families derive their livelihood from this technique. The baskets are made with the spiral technique, using a cord such as “soul” or “gut”, spinning around it with a thinner thread. The fibers are dried in the sun and the thin threads are twisted and shined by friction. The braiding constitutes of walls so solid that it even allows the transportation of water. The manual skill of the artisan woman is shaping the container with decoration of geometric figures, schematic representations of men and animals, leaves and seeds, all coming from the imagination of the artisan, expressing in themselves the appreciation of the universe that indigenous people have. 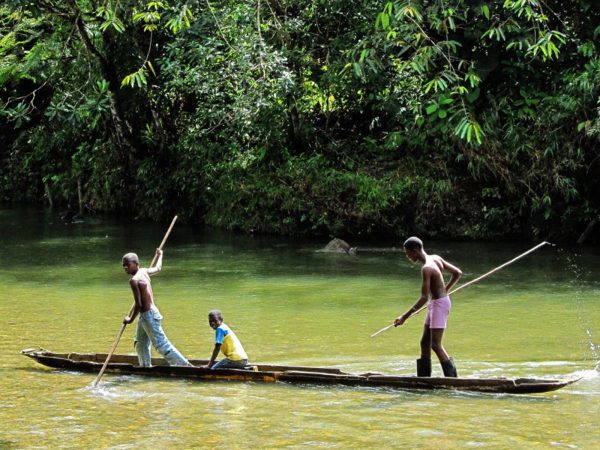 It includes the jungles of Darién and the basins of the Atrato and San Juan rivers. It is the only department in Colombia with coasts on the Pacific and Atlantic oceans. Chocó is also the only department bordering with Panama and is therefore connecting the two continents. In it is the ecoregion that probably has the greatest rainfall on the planet. In the 15th century, the European conquerors arrived at the Urabá Chocoano, known by the name of Darién, inhabited by indigenous, sedentary hunters and fishermen, belonging to the Kunas, Chocoes, Noanamaes (Kunas, Emberas and Waunaans). Inside the Chocoana jungles inhabit the Wounaan or Noanamá indigenous people, recognized in the artisanal world for the fineness of their baskets or “Werregue cocas”.